A member of the Drama League and a member patron of the Theatre Development Fund, Dr. Cauwels has been invited to join the Players Club. She has created stage and film roles for Vittoria/Furris Productions, New Dramatists, New Actors' Repertory, and Ironbound Theater; recreated roles in classic American plays, and recorded commercials.

In addition to her film script Mirror, Mirror, Dr. Cauwels has written, produced, and taped voice-overs for videos and contributed material performed by the Open Stage Players. Her dissertation covers the life and writings of a popular 18th-century British actress and playwright.

Three of Dr. Cauwels' letters about entertainment published in the New York Times follow the references below from Jane Fonda and David Suchet.

To Whom It Concerns:

In my 1986 New Workout and Weight-Loss Program, I quoted the research of Janice M. Cauwels, Ph.D., who assisted me recently with the appendix of my forthcoming book Eating for Healthy Living. I strongly recommend her services as an independent writer and consultant.

Dr. Cauwels' impressive client list ranges from corporations and medical centers to aspiring authors who need rewriting, editing, tutoring, or fact-finding. For my project, she proposed alternatives that we discussed, carefully noted my instructions, then efficiently updated the material while preserving the integrity of my text.

As a graduate instructor and visiting assistant professor of English, Dr. Cauwels has taught writing at three major universities. I have seen two of her books, which show that besides mastering unfamiliar subjects, she can adapt her writing style to different audiences and ghostwrite distinctive first-person narratives on very personal topics. She is trustworthy, ethical, and committed to confidentiality.

Dr. Cauwels has taught Shakespeare and done some professional acting and scriptwriting. She follows the entertainment industry as closely as her time allows and enjoys working with other creative people.

As a court case involving a celebrity author has recently demonstrated, the standard book contract allows publishers to reject manuscripts they consider "unsatisfactory,” a practice increasingly used to cancel potentially unprofitable books. Because of her outstanding academic credentials and the quality of her own books and articles, Dr. Cauwels can "pull rank" to protect a manuscript on which she worked as a collaborator, ghostwriter, or editor. In any of these roles, she compares herself to a headshot photographer because her clients appear themselves at their very best.

Writers and editors are not all equally competent. Dr. Cauwels is a pleasure to work with as well as a wise choice.

[Update: From December 2006 through April 2007, while working on another project, Dr. Cauwels stayed in Ms. Fonda's home in Atlanta, where she proved to be "impeccable, immaculate, and very responsible."]

To Whom It May Concern,

While starring in Amadeus on Broadway this past season, I had the opportunity to become acquainted with Janice Cauwels, with whom I continue to keep in touch.

Ms. Cauwels is recognised internationally as a first-class writer. In the books I have read, her style is very intelligent yet, at the same time, very accessible. Her interests and talents are multifarious, and her general knowledge, which includes familiarity with our industry, is extensive.

Because she is honest, direct, and generous with constructive criticism, Ms. Cauwels might seem at first to be intimidating. I would like therefore to stress that she is a very warm, funny person and a real pleasure to know. The interviews in her books show that she is a compassionate, attentive listener, able to empathise with various people, earn their trust, and communicate effectively on their behalf.

With the utmost confidence, and without any hesitation, I am happy to recommend her.

Letters to the Editor of the New York Times

By suggesting that authorial intention in a classical play often does not “translate” for modern audiences, Barry Edelstein contradicts his own stated desire to honor the essence of such works [“The Best Way to Bridge 400 Years,” Feb. 13]. He draws arbitrary distinctions between this essence and period details that puzzle or distract contemporary audiences. Apparently we are completely unable to empathize with or learn from the past, so why stop with the play? To recreate the première of a classic as thoroughly as he thinks he does, Mr. Edelstein would need to operate a theater with no electricity, heat, plumbing, phones, or concessions, for a start.

It is absurd to complain that period circumstances are not familiar to us: we neither expect nor desire them to be. And it is unreasonable to equate legitimate techniques like trimming a play’s redundancies with lazy tactics like stripping it of its flavor. If a faithful adaptation results in “a lifeless work, detached from our world,” that is the fault of the director, not the playwright.

Finally, in declaring The Misanthrope to have been “a hit with the public,” Mr. Edelstein credits Martin Crimp’s adaptation (which I found shallow as well as ugly). Let’s face it—the real draw was the film star Uma Thurman, who was far more distracting than any period detail would have been.

Although New York theatergoers associate Jeremy Irons with the lead role in The Real Thing [“Getting Out of the Way of The Real Thing,” April 16], simple courtesy dictates mention of the actor who originated it in London, considering that he now lives here and currently is performing on Broadway.

Two years before Mr. Irons took over, the role was played by Roger Rees.

Re “When Those Simple S’s Sound So Sinister” (Aug. 1): People who feel embarrassed by their sibilance might find comfort by listening more closely to film stars as well as television news reporters. I am frequently surprised by the amount of whistling and actual lisping I hear, even among entertainment and news personalities from Britain, which is otherwise renowned for precise speech.

More letters about entertainment appear on the Feature/Culture page. Or return to the Top.

The book for which Dr. Cauwels consulted on eating disorders 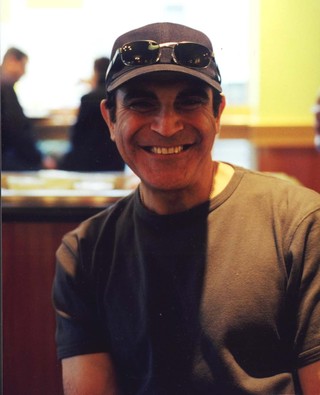