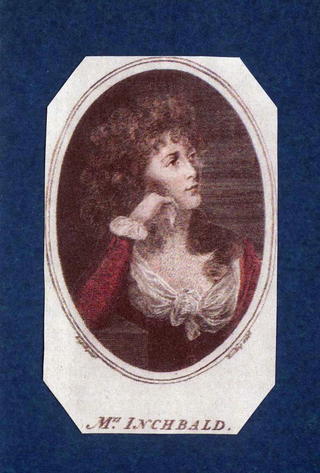 Two portraits of Elizabeth Inchbald, the second by Raeburn

An honors alumna of one of the country's most prestigious doctoral programs in English, Dr. Cauwels has taught all levels of writing in the undergraduate and adult education schools of the University of Virginia, Emory University, and the University of Minnesota. Her course offerings have included textual criticism, Victorian literature, Gothic fiction, and Shakespeare.

(Kindly note that the illustration on the poster below of a schoolmaster "effecting an entrance by storm" does not represent her approach!)

"Excerpt from "Authorial 'Caprice' vs. Editorial 'Calculation': The Text of Elizabeth Inchbald's Nature and Art"

To prepare a critical edition of Nature and Art, we could follow the standard principle of adopting as copy text and authority for accidentals the edition closest to the author’s manuscript—in this case, the first London edition of 1796. The major problem would be that of emending this copy text according to Inchbald’s own intentions. We have seen that there is no real basis for separating “authorial” from “nonauthorial” or “voluntary” from “imposed” substantive revisions. But we could justifiably distinguish “approved” from “transmissional” changes and incorporate into the text even variants of doubtful authority if evidence revealed them to have been sanctioned by the author. Readings otherwise exemplifying “contamination” or “passive authorization” are valid representations of Inchbald’s authorial intention, for they survive throughout the controlled transmission of Nature and Art toward its completed form.

While this procedure would suffice for establishing the text, editorial responsibility demands that the novel itself be accompanied by an appropriate introduction and an apparatus listing all variant readings in the authoritative editions.

On the face of it, this editorial policy might seem to compromise the issue or even avoid it. The text of Nature and Art would indeed depend peculiarly upon the evidence provided by its apparatus; yet the final product, considered as a whole, would eliminate the need to impose arbitrary distinctions among elements of Inchbald’s meaning as they evolved and were adopted into her work. While the text of Nature and Art stands on its own merit as a literary work of art, text and apparatus together would constitute a historical document distinguished by its communal authorship as uniquely representational.

A letter about textual criticism appears on the Feature/Culture page. Or return to the Top. 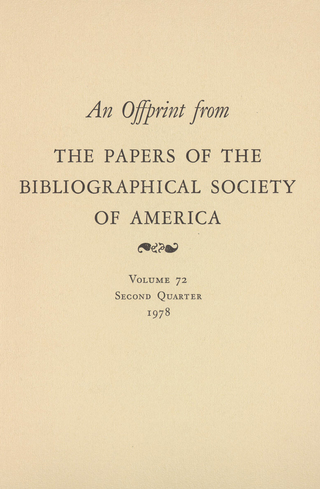